Personally, I believe that ————-(我的解决方法). Consequently, I’m confident that a bright future is awaiting us because ————–(带来的好处).

Nowadays many people prefer A because it has a significant role in our daily life. Generally, its advantages can be seen as follows. First —————-(A的优点之一). Besides ——————-(A的优点之二).

But every coin has two sides. The negative aspects are also apparent. One of the important disadvantages is that —————-(A的第一个缺点).To make matters worse,——————(A的第二个缺点).

Through the above analysis, I believe that the positive aspects overweigh the negative ones. Therefore, I would like to —————(我的看法).

(From the comparison between these positive and negative effects of A, we should take it reasonably and do it according to the circumstances we are in. Only by this way, —————(对前景的预测).)

There is a widespread concern over the issue that __作文题目_____. But it is well known that the opinion concerning this hot topic

varies from person to person. A majority of people think that _ 观点一________. In their views there are 2 factors contributing to this attitude

People, however, differ in their opinions on this matter.

As far as I am concerned, I firmly support the view that __观点一

Nowadays, there is a widespread concern over (the issue that)___作文题目______. In fact, there are both advantages and disadvantages in __题目议题_____. Generally speaking, it is widely believed there are several positive

Just As a popular saying goes, "every coin has two sides", __讨论议题______ is no exception, and in another word, it still has negative aspects. To

To sum up, we should try to bring the advantages of __讨论议题____ into full play, and reduce the disadvantages to the minimum at the same

Currently, there is a widespread concern over (the issue that)__作文题目_______ .It is really an important concern to every one of us. As a result, we must spare no efforts to take some measures to solve this problem.

As we know that there are many steps which can be taken to undo this problem. First of all, __途径一______. In addition, another way contributing to success of the solving problem is ___途径二_____.

It is well know to us that the proverb: " ___谚语_______" has a profound significance and value not only in our job but also in our study. It means ____谚语的含义_______. The saying can be illustrated through a series of examples as follows. ( also theoretically )

With the rapid development of science and technology in China, an increasing number of people come to realize that it is also of practical use to stick to the saying: ____谚语_____. The more we are aware of the significance of this famous saying,  the more benefits we will get in our daily study and job..

As is shown/indicated/illustrated by the figure/percentage in the table(graph/picture/pie/chart), ___作文题目的议题_____ has been on rise/ decrease (goes up/increases/drops/decreases),significantly/dramatically/steadily rising/decreasing from______ in _______ to ______ in _____. From the sharp/marked decline/ rise in the chart, it goes without saying that ________.

As far as I am concerned, I hold the point of view that _______. I am sure my opinion is both sound and well-grounded.

The topic of ①—————–(主题)is becoming more and more popular recently. There are two sides of opinions of it. Some people say A is heir favorite. They hold their view for the reason of②—————–(支持A的理由一)What is more, ③————-理由二). Moreover,④—————(理由三).

How nice to hear from you again.

Let me tell you something about the activity.

I’m glad to have received your letter of Apr. 9th.

I’m pleased to hear that you’re coming to China for a visit.

I’m writing to thank you for your help during my stay in America.

I’m looking forward to your reply.

I’d appreciate it if you could reply earlier.

Ladies and gentlemen， May I have your attention， please? I have an announcement to make.

All the teachers and students are required to attend it.

Please listen carefully and we’ll have a discussion in groups.

Please come on time and don’t be late.

Please come and join in it.

Everybody is welcome to attend it.

I hope you’ll have a nice time here.

That’s all. Thank you. 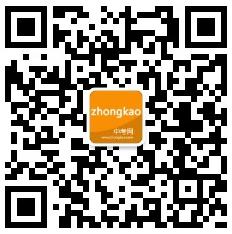